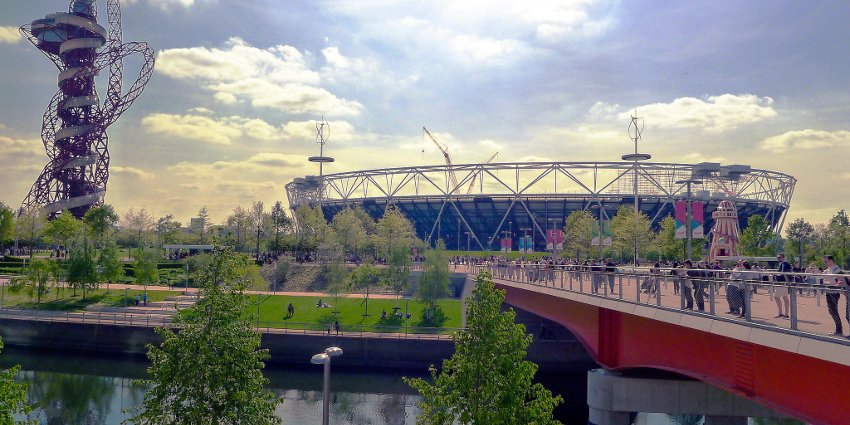 Visitors to Queen Elizabeth Olympic Park can get a free bike ride when they use the BetterPoints app to encourage them to be more active.

Until the end of August, those points can be redeemed against a promotional code for Santander, which can be used at any of their nine docking stations in  Queen Elizabeth Olympic Park, Stratford Simply present the code and your bank card, and touch the screen to get started.

There’s no need to book – people can hire a bike, ride it where they like, then return it to any docking station.

Recent reports show that ‘some moderate to vigorous physical activity is substantially better than none‘. But it’s easy to lapse without a little external encouragement.

We provide that encouragement by awarding points to local people that walk, run or cycle in the park.

“Having broken records in 2016, Santander Cycles is a big contributor to the cycling growth we’re currently enjoying in London.

“The BetterPoints scheme will hopefully encourage those who haven’t tried our bikes yet to give them a go. We’re keen to help more Londoners of all backgrounds, ages and abilities to discover the benefits of cycling.”

When BetterPoints did this in Birmingham, 80% of the research group went from inactive to active (as defined by Sport England) within four months.

Over two years, participants made 12,000 park visits, burned 35 million calories and travelled 1.6 million miles. 47% of them were from highly deprived groups (measured by cross-referencing postcode data with Indices of Multiple Deprivation), 50% said their overall health improved and 66% said BetterPoints made them more active.

“The health system is struggling. Much of this struggle could be alleviated if people just adapted their behaviour a little for the better: a little more walking and exercise; a little less alcohol; a little more healthy eating. This would make a big difference.

“Obesity alone costs the NHS more than £6billion a year and the wider economy a staggering £27billion, and contributes to myriad other health problems such as heart disease, cancer, asthma and depression. Incentives are important for helping people live more healthily but they must be gauged carefully, and they’re only part of the picture. Therefore, the Capstone Project in Queen Elizabeth Olympic Park is a fantastic opportunity to test what works and develop systems that make the best possible contribution to effective and efficient public health.”

“We’re very happy to have supported BetterPoints in launching their exciting App in Queen Elizabeth Olympic Park, and look forward to seeing its impact in encouraging healthy behaviour in and around the area.

“Health and wellbeing in our cities is a hot topic at the moment and that’s why Future Cities Catapult is working with SMEs to develop and test disruptive technologies to create healthy, happy and sustainable cities.

“Through our Capstone project we’re building on the legacy of the London 2012 Olympic and Paralympic Games, by making the park a hotbed for innovation and tech, and positioning the UK as a leader in connectivity.”